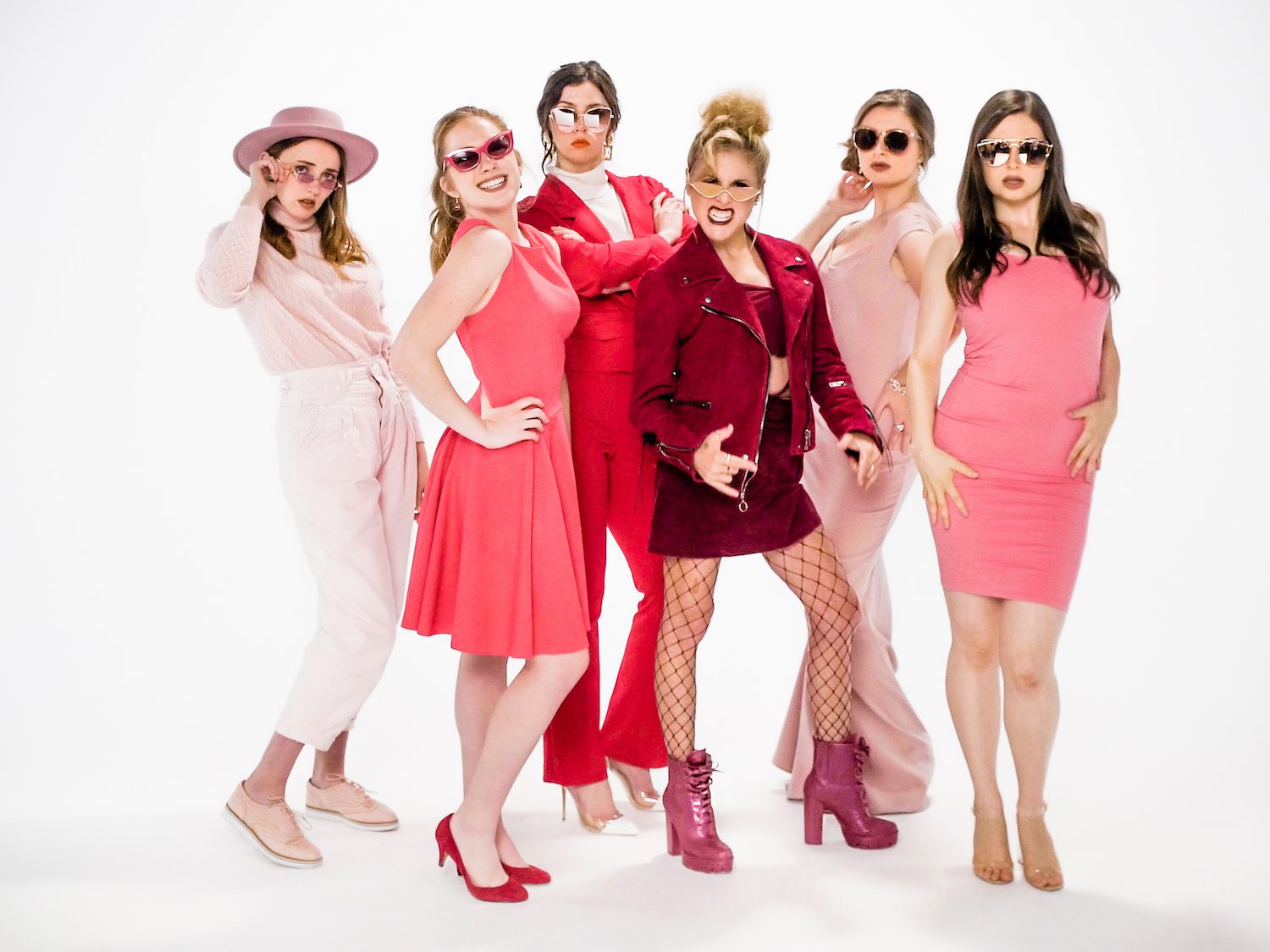 We’ve gotten it this far but now we need your help.

We are incredibly proud of this film and are so excited to share it with the world but we need your help to get there! With a donation of just $20 we can apply to 1 more festival…that’s 1 more city, 1 more state, and even 1 more country than we would have been able to before! Please consider supporting us today with a tax-deductible donation.

Thank you again for your support! 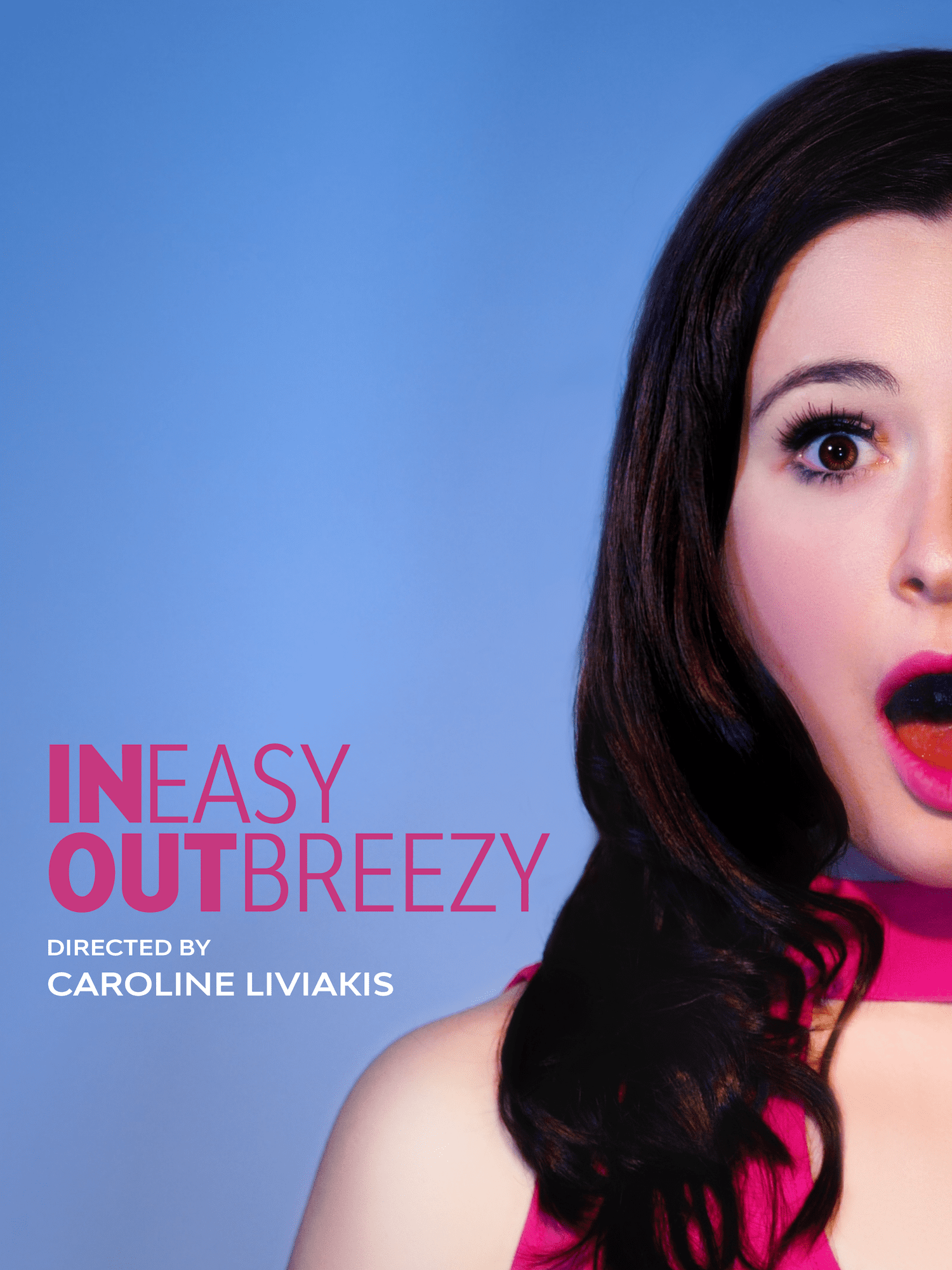 A makeup commercial brought to life through dance, INeasyOUTbreezy entices viewers to admire the charm of the models’ effortlessness and beauty. However, we soon see that behind the vision of effortlessness lies the models’ desperate need to receive the attention, infatuation, and yearning they desire and think they deserve. This is all performed through a FaceDance: a dance made entirely of facial expressions. While the girls try to showcase a happy, confident, and carefree attitude, they obsessively monitor if you are intently watching. When they see your attention drift elsewhere, they immediately scan to see if anyone else is nearby to watch them. If there is no one else, they will re-focus their efforts on winning your attention back through whatever means necessary: pouting, wining, complaining, crying, intentionally ignoring, and the silent treatment.

We then transition to the actual makeup commercial. Introducing the Verry Berry Collection: a hot new line of lipstick coming to you in 6 tantalizing shades of luscious pink! The commercial promotes the feel-good messages of ‘be empowered!’ ‘be confident!’ ‘be yourself!’—but as long as it’s in these 6 shades! The lipsticks are sold by showing all the unique women you can possibly be while wearing them: Rebel Berry, Sexy Berry, Cutie Berry, Glamor Berry, Alternative Berry, and Berry Chic. The commercial transitions into a celebratory, Macarena-style dance video, that encourages you, the viewer, to dance along with them! We end with the question this has all been leading towards: which shade will you buy? 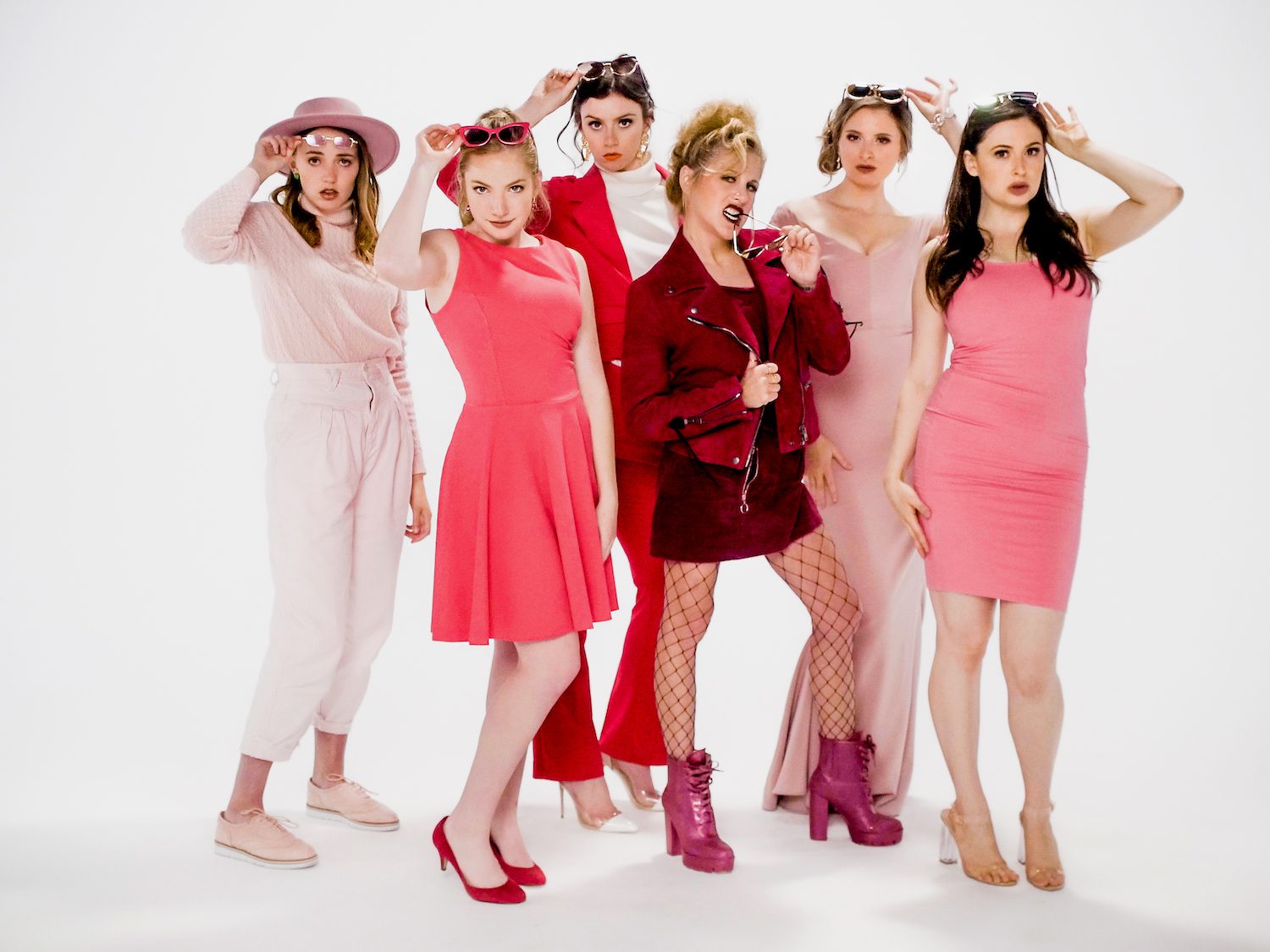 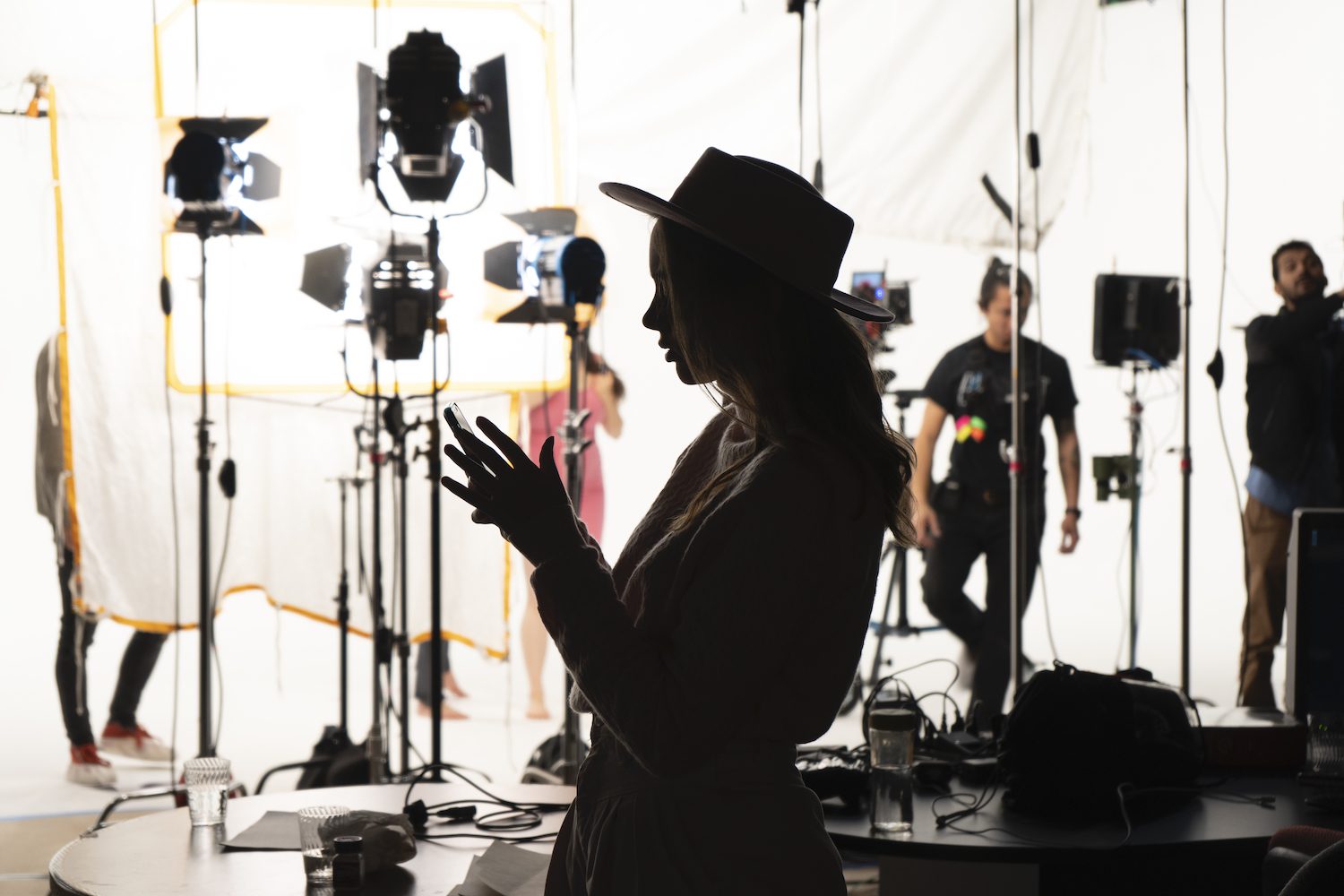 It’s rare when someone can cite such seemingly unrelated things as makeup advertisements, the Macarena music video, and airline safety videos as their inspirations for a film, yet INeasyOUTbreezy has just that. INeasyOUTbreezy began over two years ago as a performance piece that featured live dancing with a projected video as the backdrop. This film is the amalgamation of the live and video components of the original, with added characters and an additional advertisement section.

In this film I have tried to accomplish three things:

Introduce the Concept of a FaceDance

Explore the Human Need for Attention

This is my second short film, both as the director and choreographer. This film features original music composed by my brother, Thomas Liviakis. During these challenging times we all need something that is uplifting and unifying. Art that is stimulating, innovative, and a delight to watch.

Our live performances of INeasyOUTbreezy have shown me the power this piece holds in bringing people together. I can’t wait for film audiences to experience the same.

Introduce the Concept of a FaceDance

INeasyOUTbreezy features a FaceDance: a dance comprised of only facial expressions. My childhood of performing musical theater before transitioning into dance has had a lasting impact on my choreographic perspective. I create pieces where both body and the facial choreography are needed to fully tell the story. At the heart of a FaceDance is the philosophy that, while the face is traditionally used to convey meaning and emotion, it also can be used as a canvas to add technical and stylistic design. The face can be choreographed just the same as the body.

This film includes an audience participation section. The first live performance of INeasyOUTbreezy featured live and video components together. When I decided to separate them, it became clear to me that the live choreography was far too simple to stand on its own. As I debated whether to upgrade the complexity of the choreography, the merits of highly simple movement hit me—anyone can do it!

There is often a fear of using simple movement. While simple movement may not show off the complex design that choreographers strive to show, it takes immense skill to devise a dance that people will easily learn, enjoy doing, and collectively share. There’s only one Macarena, one YMCA, and one Thriller. In our live productions, the audience participation section was always the crowd favorite. Still to this day, people come up to me and perform the dance they learned well over a year ago. It is something that stays with people because they were involved.

Films are by nature non-interactive. Despite VR and other advancements, there are few examples of interacting through standard film. While I think dance film is one of the easier forms to do this with, I am hoping more directors explore ways to incorporate their audience. 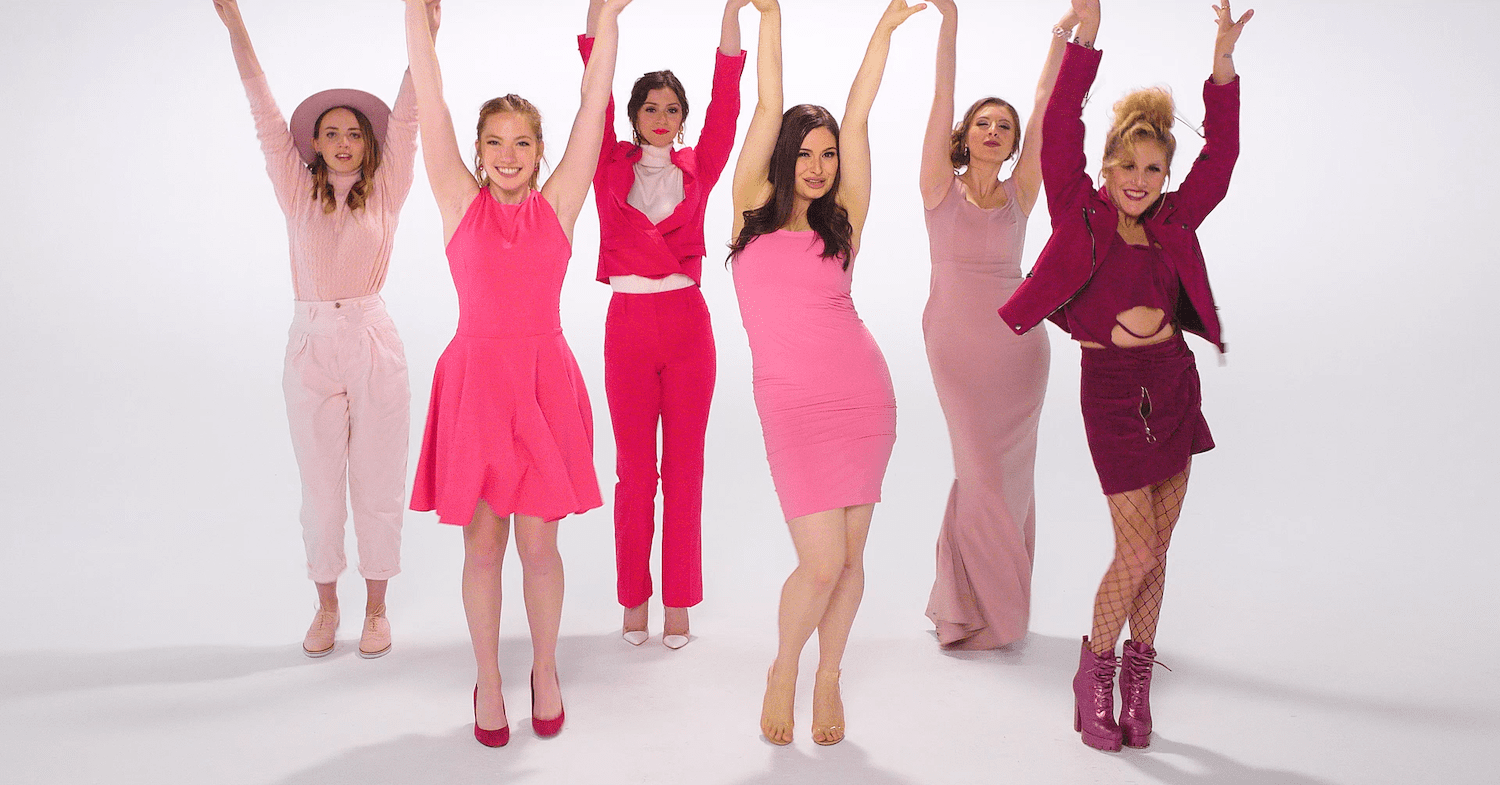 Create a Fun Study on the Human Need for Attention

I have always been fascinated by the deep craving all humans have for attention. I love observing the ways people work to capture attention; the types of attention they crave; the varying degrees of attention given in return; and the ending satisfaction, or dissatisfaction, of both parties.

Makeup advertisements are the epitome of an attention-seeking platform. This film showcases the mentality of someone who desperately needs to be noticed and admired, but who at the same time, intently works to project a hyper confident, carefree attitude. She’s so confident and so busy with her amazing life, she doesn’t even notice you’re there… (wink).

The 6 women of the Verry Berry Collection embody the different women often portrayed through makeup advertisements. Each of these women receive very specific types of attention: Sexy Berry receives lustful stares, Berry Chic receives intimidated respect, etc. This film is a celebration of these women: how beautiful and desirable they are indeed. These media images persist for a reason. However, it also shows the ironic underpinnings of these characters: their covered desperation, boxed and consumable ‘uniqueness,’ and the immense amount of work and calculation that goes into attaining just one gorgeous shot, all for the purpose of capturing your eye for a few seconds. 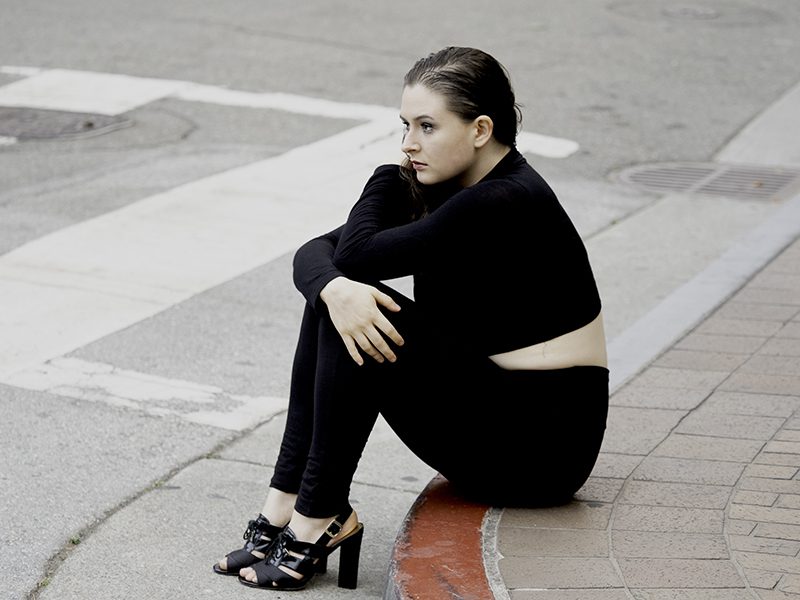 Described as a ‘modern and cosmopolitan creature’ (BayAreaDanceWatch), Caroline Liviakis has broken into the concert dance scene as an electrifyingly innovative, bold, choreographic voice—a leading example of a new generation of artistic directors.

In September 2017, Liviakis founded the Caroline Liviakis Dance Company in San Francisco, California where she currently serves as the Executive Artistic Director. As Artistic Director she has choreographed, directed, and produced both live performances and films. INeasyOUTbreezy is Liviakis’ second short film. Her directorial debut film, “Better Than You Doin You (don’t be mad)” premiered in June 2019. 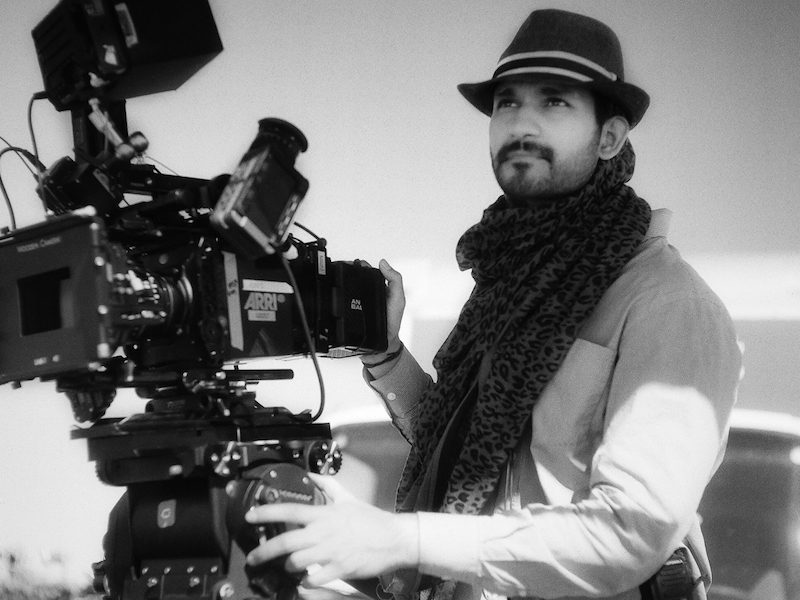 A graduate from the American Film Institute, Aakash Raj is a cinematographer based in LA. He is known for his work on TEEN AUR AADHA (currently playing on NETFLIX) where he won Dadasahab Phalke Best Cinematographer award, ARABIAN ALIEN which premiered at Sundance Film Festival 2020, and the film YUNTUM.

Born and raised in Mumbai, India, Aakash Raj found his love for making images by sketches and illustration in his childhood. He carried this passion to convey stories on bigger canvas as a gaffer and AC on 11 features and over 250 commercials. In his highly decorated eight years as a director of photography, Aakash has shot six feature films, 20 shorts, and over 30 commercials. He won the award for ‘Best Cinematography’ at Pride Film Festival US and Genre Celebration Festival for his short STALLS and VINCENT respectively. He shot the ad campaign for BAJAJ V INVINCIBLE INDIANS, garnering him the award for The Most Effective Ad Campaign 2017 at The Brand and Leadership Conclave. His short films have won awards and nominations at the Clermont Ferrand Film Festival-France and Digital Box Office Awards-Los Angeles, among others.

A FaceDance is a dance comprised of only facial expressions. While the face is traditionally used to convey meaning and emotion, it also can be used as a canvas to showcase intricately designed movement. The face can be choreographed the same as the body. I love creating FaceDances as they playfully convey so much about a character in such a short period of time.

What were your inspirations for this piece?

I modeled this film after several CoverGirl advertisements because of their bright colors and the use of choreographed hand movements around the face. The Macarena music video inspired the look of the audience participation section. I wanted to replicate the 90s editing style and the creative ways in which they spice up the same movements that are performed for 3 minutes straight.

Why did you decide to add an audience participation section?

The driving goal behind all of my dance creations is to capture and invigorate interest in dance from normally disinterested audiences. Including an audience participation section ignites the audience and converts passive observers into active engagers.

What are the pros of being both the director and choreographer?

Not only do I think being both the choreographer and director is preferable, in many ways I think it’s essential. I like directing my own choreographic work as it allows for one, seamless vision to manifest. I am able to manipulate the choreography with a preliminary shot list in mind and then develop specific camera movements that work with that choreography. The resulting film is more active, and specifically highlights each individual movement.

Who are all of those Liviakises in the credits?

Whenever I have any project, I always have my family completely on board. They are so incredibly talented I’d be a fool not to use them! My brother Thomas is the composer, my sister Audrey plays the role of Glamor Berry, my sister Katherine was our shot supervisor, my mother was our do-it-all superwoman behind the scenes, and my father took on the role as an unofficial Executive Producer.